The State of Higher Education 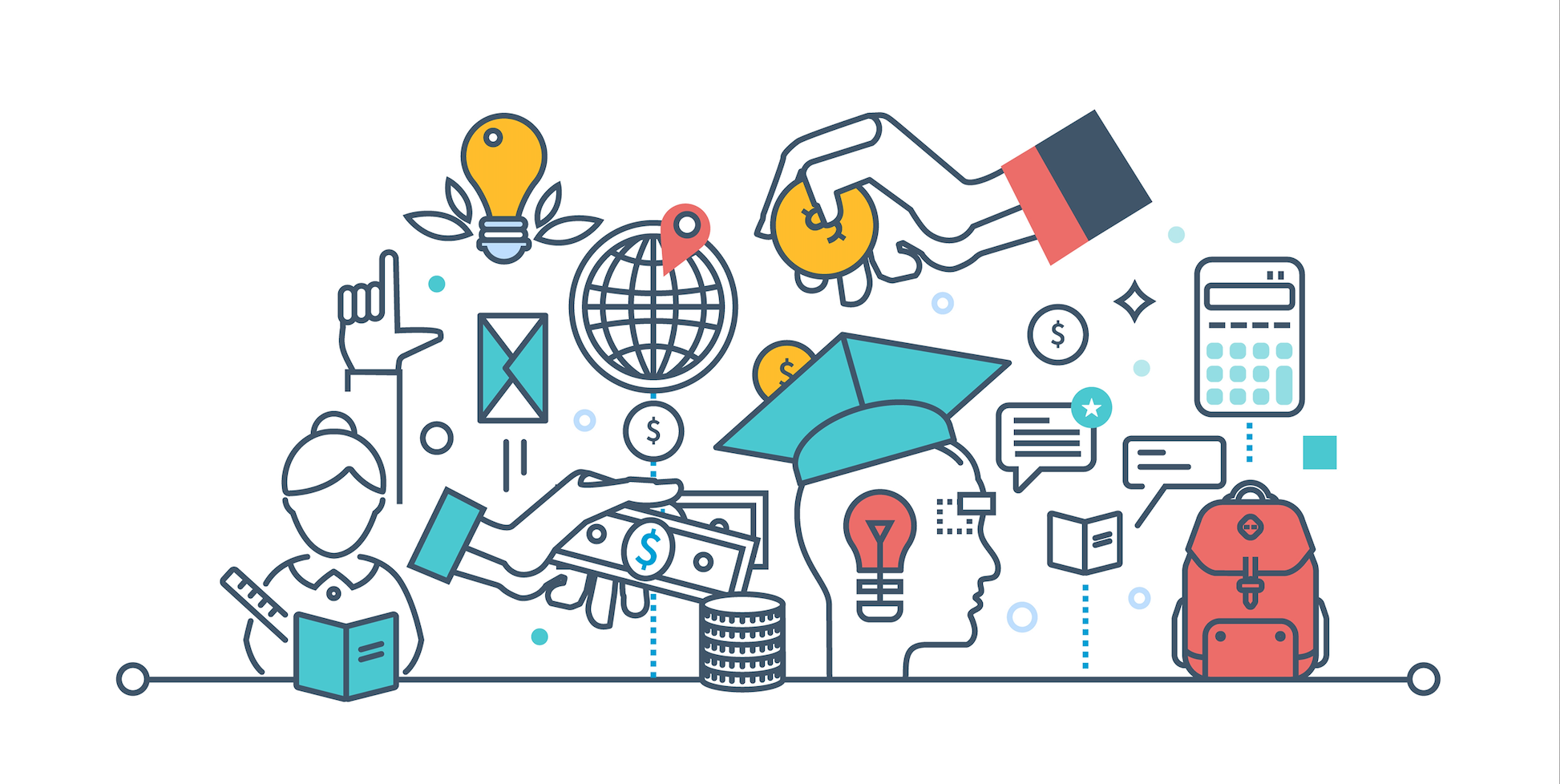 In March 2020, the world came to a screeching halt. As COVID-19 swept across the globe, universities scrambled to figure out the next steps to keep students on track with their education, as well as how to stay afloat financially. Some institutions did better than others, while some institutions closed their doors forever. As we face 2021, the state of higher education is still developing and changing. Here’s where we’re at right now.

According to seerinteractive.com, higher education saw a downward trend in regards to search engine interest last year. However, other sectors have seen marked growth. For example, professional schools saw a sharp increase in applicants over the last year. According to npr.org, students have been inspired by global issues, which has spawned increased interest in medical and law school in particular. With more time on their hands, students are spending their days in quarantine applying for the next steps in their education. National Health Institute employee Sam Smith used downtime caused by the pandemic restrictions to “turn to another time-consuming job: applying to medical school.” According to the Association of American Medical Colleges, or AAMC, “the number of applicants is up 18% this year over last year.” Business schools are also reporting more applications, as students ponder careers in fields that seem to be more immune to the economic downturns of the pandemic.

In the spring of 2020, universities were faced with a harrowing decision: to keep students on campus or to move to a hybrid, or online learning environment. Many universities opted to go online for several months, which required extreme flexibility for students and faculty while the transition was made. Many universities are still operating with hybrid or online learning, which has brought mixed reviews from students and faculty. In addition to clunky interfaces, and technology issues, students report that online learning isn’t offering them the experience they signed up for. Student Arica Kincheloe felt as though she lost out on the experience she moved across the country for at the University of Chicago. Kincheloe said “I do not feel like I am getting the same education that I would have otherwise. The sort of enrichment and learning that I would have in the classroom isn’t there.”

Feeling as though they lost out on the collegiate experience but are still being required to pay high tuition rates, students  banded together to demand refunds or reduced tuition rates. In an effort to mollify students, some universities changed grading systems to pass/fail, as opposed to letter or numerical grades. Students have also been offered partial refunds, or in some cases reduced tuition. Some universities are encouraging students to stay home if possible, whereas others learned from the past two semesters, and feel better prepared to offer students a safer in person experience.

However, there is hope for the future. The Biden administration, while still in its early days, has indicated changes that will make it easier for international students to pursue education in the United States. The reinstatement of the Deferred Action for Childhood Arrivals program (DACA), as well as increased granting of visa, the United States can once again position itself to be on the forefront of attracting international students. Universities, such as Harrisburg University in Pennsylvania, are doing everything they can to pave the way for international students interested in pursuing high quality STEM degrees.

Perhaps one of the most impacted but underrepresented groups in higher education impacted by the past year have been faculty and staff. In the spring of 2020, with the pressure of the pandemic, the shift to online learning, and loss of revenue, universities began furloughing employees. In an effort to offset its anticipated $250 million dollar budget shortfall, the University of Arizona announced it planned to cut the pay of or furlough nearly all their employees. The University of Arizona was not alone, as many institutions across the country furloughed employees or completely terminated positions. The instate college system in Vermont planned to close three campuses completely, which would result in over 500 layoffs.

When universities did reopen in fall 2020, staff expressed concern for their safety. However, these “front line” employees, which include residence life and student activities staff, student conduct officials, as well as academic advisers were put in charge of managing the safe return to campuses. These employees are often paid the least amount, are the most student-facing, and given the least amount of options when it comes to determining the level of exposure they are comfortable with. These student affairs professionals don’t share the same job protections as faculty, which resulted in most remaining silent despite their concerns. A love for their students has driven student life staff to get creative with their program deliveries and outreach programs, making sure students still feel welcome and supported on campus or off.

Similarly, faculty experienced higher levels of stress during the spring and fall semesters, as they grappled with the responsibilities of moving their courses to an online learning module, preparing for hybrid learning, and ensuring they were delivering the best instruction they could. Despite these challenges, many faculty are doing everything they can to rise to the occasion. Professors have accepted hour reduction, pay cuts, tenure elimination, all while learning how to navigate the technology necessary to instruct students. However, they’re willing to hang in there. As professor Robin Mitchell said, “I love my job. I wouldn’t be doing this job with this kind of pressure attached to it if I didn’t feel like it’s a noble calling...And that’s important to say.”

As the spring 2021 semester kicks off, many universities across the world reopened, with varying degrees of success. Closure was an immediate response utilized by many institutions, but as analysis.covid19healthsystem.org reported, “While all 53 European Regional Member States have implemented some type of school closure measures in order to reduce COVID-19 transmission, individual approaches have been substantially different.” Some schools opted for a phased approach for reopening, while others decided to remain solely online. Still others have opted for a hybrid approach, allowing students and faculty to determine their level of comfortability in regards to return to the classroom.

For those countries and universities that have been successful in helping curb the spread of the virus, nature.com reported “an analysis of COVID-19 data from 41 countries has identified 3 measures that each substantially cut viral transmission: school and university closures, restricting gatherings to no more than 10 people, and shutting businesses.” Researchers studying the spread of the virus discovered “found that closing schools and universities had a “large effect” on dampening viral spread.”

In the United States, institutions are handling COVID-19 outbreaks on a case by case basis. Rather than shutting down, schools are handling the rise of cases on campuses on a case by case basis. For example, as of February 12th, Franklin Pierce University in New Hampshire has issued shelter-in-place order after 18 new positive cases of COVID-19 were confirmed in 24 hours. The order will last 10 days, with all classes and labs being moved online, and all in-person activities cancelled. Other universities, such as UMass, Calvin University, and the University of New Hampshire have pivoted to protective measures to manage the “dramatic and sustained rise" of cases on their campuses. These rapid responses, and flexibility from universities are working to protect the safety of students, faculty, and staff.

It’s easy to feel discouraged by the current state of affairs in regards to higher education. However, there are several indicators that change is on the horizon that will positively impact the industry. It’s anticipated enrollment will bounce back in the upcoming years as students commit to continuing their education. As of December 2020, public health officials indicated they were “hopeful” about the possibility of continuing to open universities once again.

With the promise of more individuals receiving the COVID-19 vaccination over the upcoming months, the industry is beginning to let go of the breath it's been holding since March 2020. As schools reopen, students return, and campuses come back to life. Higher education won’t be the same, but maybe even better.

Discover how Keystone can help you promote your programs and boost your international student recruitment.